Arrow Reliance, doing business as Darwin’s Natural Pet Products, has known since at least early 2016 about possible Salmonella contamination in its pet foods according to information contained in two Establishment Inspection Reports.

Darwin has recalled nine production lots of its Natural Selections and Zoologics lines of pet food since October 2016, with the most recent recall initiated earlier this month. The recalls all followed detection of Listeria monocytogenes and/or Salmonella in Darwin’s pet food. 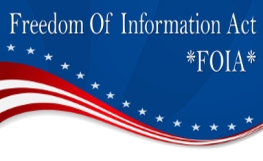 The Establishment Inspection Reports, obtained by Food Safety News under the federal Freedom of Information Act, show the Food and Drug Administration inspected Darwin’s manufacturing plant in Tukwila, WA, after receiving a consumer complaint about foreign objects in the company’s pet food. The inspection was carried out jointly with the Washington State Department of Agriculture.

An FDA inspector reviewed Darwin’s consumer complaint log and found four entries regarding Salmonella between Jan. 12 and June 22, 2016. The company received 158 complaints in that time period, including 17 for plastic, 16 for bone fragments, four for metal, one for wood, and one for cardboard.

Darwin’s president, Gary Tashjian, told the FDA inspector at the time that none of the complaints had been confirmed by customers’ veterinarians.

Tashjian said if a customer’s veterinarian confirmed a Salmonella diagnosis with a lab test, the company would “… consider placing a hold on a specific lot of food…” Darwin’s practice was to conduct its own testing on a retained sample of a product only after a veterinarian confirmed the presence of Salmonella in the pet food. If the retained sample was found to contain Salmonella, the firm would initial a recall.

When asked why no environmental samples were tested for Salmonella even though the company’s consumer complaint logs suggested a possible problem, a spokesperson for FDA said the agency considers “… several factors when determining whether to collect … samples during an inspection, such as if samples are necessary at the time to provide evidence for a violation…”

A sample of Zoologics Duck and Vegetable Meals for Dogs, Lot #3077 was taken for Salmonella and foreign object analysis by Washington state during the 2016 joint inspection.

On Aug. 8, 2016, the company “… voluntarily removed from market and destroyed…” all of Lot #3077 after the state reported finding Salmonella in the sample. A recall wasn’t required because none of the product had been distributed to customers, according to an FDA spokesperson.

The Establishment Inspection Report (EIR) from 2017 showed Darwin reported performing routine environmental swabbing for coliform and adenosine triphosphate (ATP), which are used to measure the effectiveness of sanitation and cleaning procedures, respectively. There was no mention in the EIR of routine monitoring for pathogens such as Salmonella or Listeria monocytogenes.

The recent spate of Salmonella-related recalls began in September 2017, triggered by a consumer complaint lodged with FDA and involving a dead kitten, according to an FDA spokesperson. The agency found Salmonella in a sample of Natural Selections Duck Meals for Cats, Lot #38277, manufactured on June 1, 2017.

The recall earlier this month of two varieties of Zoologics Meals for Dogs also came about following a consumer complaint lodged with FDA. The complainant, whose German Shepherd had suffered from diarrhea for nine consecutive months and had tested positive for Salmonella, provided unopened samples of the two products to FDA for analysis.

The lab report, a copy of which was provided to Food Safety News by the consumer, confirms the presence of both Salmonella and Listeria innocua in both products. Listeria innocua is a common environmental contaminant and is not considered to be a pathogen. However, it is treated in some quality assurance programs as an indicator species for the presence of Listeria monocytogenes.

As of Feb. 13, FDA had investigated six complaints of sickness and death in animals that had been fed one or more of the recently recalled products.

The FDA encourages consumers to report complaints about this and other pet food products electronically through the Safety Reporting Portal or by calling their state’s FDA Consumer Complaint Coordinators.

This story first appeared on Food Safety News and is reposted here with permission.