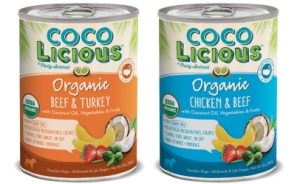 Two varieties of Party Animal canned dog food may be contaminated with pentobarbital, according to a test report from Texas A&M University released this week.

The report was provided to blogger Susan Thixton of Truth About Pet Food by a consumer who arranged for the testing after a family pet became ill. The consumer has not been identified. The test report was supplied by Thixton to the Food and Drug Administration April 17.

“The FDA has received test results of this food and is aware of the public statement from Party Animal, and is following up as appropriate,” according to a spokesperson with FDA.

A statement posted on the Party Animal Pet Food website confirms that it was informed by a retailer of the problem on April 13. The company has contacted the two Texas retailers who may have sold the food to the customer, and has requested that all remaining cans of the implicated production lots be isolated and returned for independent third-party testing. Party Animal also will be retrieving all remaining nationwide stock of the two production lots.

The implicated products, which the company reports were manufactured in 2015, are:

In 2015, Party Animal canned pet foods were manufactured by Evanger’s Dog & Cat Food Co. according to an interview published in Pet Product News. Earlier this year, Evangers recalled several months worth of three beef-based canned dog foods after samples from two different products were determined to contain pentobarbital. The recalled products were manufactured in 2015.

According to the statement on its website, Party Animal has “… submitted many recent lots of [its] beef flavors for testing and all have tested negative for any pentobarbital.”

“We have also had extensive discussions with our manufacturer regarding the potential cause of the reported contamination of the 2015 lots,” the company states, “and we will continue with such discussions even as we await testing results for the 2015 lots. In order to ensure adherence to our commitment to the safety of pets, we are also actively re-examining our manufacturing processes.”

This story first appeared in Food Safety News and is reposted here with permission.