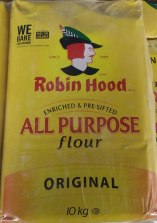 Smucker Foods of Canada Corp. initiated a recall after the product was linked to an outbreak of E. coli O121 that has sickened 25 people since mid-November 2016. All 25 outbreak victims were infected with the same genetic strain of E. coli O121. The recalled product was sold in Alberta, British Columbia, Manitoba and Saskatchewan.

Six individuals were hospitalized; all six either have recovered or are recovering from their illnesses. The youngest victim was eight years old, and the eldest was 79. Fourteen men and 11 women are among the 25 victims. There have been no deaths.

Cases were reported in British Columbia (12), Saskatchewan (4), Alberta (4) and Newfoundland and Labrador (5). The Canadian Food Inspection Agency (CFIA) advises that their ongoing investigation may lead to additional product recalls.

The Public Health Agency of Canada (PHAC) and CFIA remind consumers that it is not safe to taste or eat raw dough or batter, regardless of the type of flour used, as raw flour can be contaminated with harmful bacteria such as E.coli.

Symptoms of E. coli infection can include severe stomach cramps, watery or bloody diarrhea, vomiting, nausea, and headache, and last 5-10 days in most cases. Typically, there is little or no fever.

PHAC urges the public to take the following precautions: