ICYMI, as the texters say, the FDA finally came clean about a dirty food production operation, naming Dixie Dew Products Inc. as the manufacturer of soy-based goo marketed as an allergen-free alternative to peanut butter. 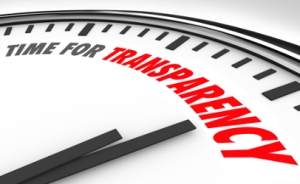 The revelation Friday evening came weeks after FDA inspectors found filthy conditions, insect infestation and broken food safety equipment at the Kentucky production plant. They went in to check the plant on March 3 because little kids across the country were infected from with the same strain of E. coli O157:H7 that was found in unopened jars of soy nut butter produced by Dixie Dew.

The violations were immediately evident, and the outbreak victim list was growing, but the Food and Drug Administration waited four weeks to name the producer. In the meantime, individual companies that had used the soy paste in their branded products were left to initiate their own recalls and consumers were left in the dark.

How much faster would products have been recalled if FDA had made public the name of the manufacturer and its list of customers? We will never know.

What we do know is that the outbreak count climbed from 12 sick people in five states to 29 people in a dozen states in the four weeks between the initial outbreak announcement and the FDA’s move to go public.

Twenty-four of the 29 victims are children, according to the Friday update from the Centers for Disease Control and Prevention. The median age of the victims is 8. A dozen victims have required hospitalization and nine victims have developed hemolytic uremic syndrome, a type of kidney failure.

Why didn’t FDA reveal Dixie Dew as the manufacturer and use its considerable power to force all companies involved to immediately initiate recalls? Federal law protects “confidential corporate information” is the standard response from FDA officials.

I don’t know about you, but I’m getting pretty tired of that refrain. It’s true that federal agencies can’t lobby Congress, but FDA should take a cue from the folks over at the USDA’s Food Safety and Inspection Service who figured out how to get a rule change. The FSIS can and does collect and release retail distribution details and other information that helps consumers identify recalled meat and poultry products.

At least one member of Congress thinks its time for a change in the way FDA handles such situations. Representative Rosa Delauro, D-CT, praised FDA for shutting down Dixie Dew this past week, but called for the agency to do more.

“Not only did Dixie Dew fail to take action to prevent contamination of its products, we do not even know all of the names and locations of where the recalled products were sold,” DeLauro said in a news release.

“While the FDA made the right decision in shutting down the Dixie Dew plant, the agency should take another step forward and reverse its policy of withholding the names and locations of stores and schools where recalled food products are sold.

“As we have seen with Dixie Dew, it is irresponsible and insufficient to rely on the good faith of food corporations to provide all the necessary recall information. Americans deserve to know these details to ensure their health and safety.”

Research published in the March edition of the Journal of Environmental Health supports the argument for public disclosure.

Authored by a trio of food safety heavy hitters from academia — Benjamin Chapman of North Carolina State University, Maria Sol Erdozaim of Kansas State University, and Douglas Powell formerly of K-State and currently living and consulting in Australia — the special report on when to go public pulls together information from dozens of sources.

“The intent of this special report is to contribute to the discourse on public risk communication related to foodborne hazards, and to argue for the establishment of guidelines for determining what is timely, the information content of going-public messages, and to aid public health entities in protecting consumers’ health,” the researchers wrote.

Chapman and his fellow researchers examined numerous examples of foodborne illness outbreaks and how government responded and why. Some common denominators emerged in the answers to the “why” question:

The researchers address each of these points and others, citing various government people and policies as well as previous research.

“There is no indication in the literature that consumers benefit from paternalistic protection decisions to guard against information overload,” Chapman, Erdozaim and Powell found on the point of public panic.

“Good risk communication practice is to be open and transparent; withholding information, for whatever seemingly logical reason, denies consumers the opportunity to take measures to protect their health. The information might eventually leak out anyway, thereby undermining an organization’s credibility.”

It’s worth the time to read the rest of the Chapman, Erdozaim, Powell report, but for those who don’t have time, let me cut to the chase for you.

“Public health officials have a challenging job: it can be difficult to discern true signals about an emerging risk from random noise. But establishing some ground rules — and publicizing those rules — would help build public trust,” the trio of food safety researchers contend.

“We propose that communicators and public health organizations develop guidelines for public disclosure of risks based on the questions in (the table at right). … Communication is important for educating the public about steps that individuals can take to reduce the spread of infectious disease and to protect themselves.

“Not naming the source of an outbreak or giving recall information too late affects the public’s trust in agencies. Furthermore, when the agencies themselves do not have a standard procedure regarding when to name or not name implicated firms in an outbreak, it seems as though the agencies’ priority is the firm and not public health.”

This opinion piece first appeared at Food Safety News and is reposted with permission.